The ability to communicate a message, sell an idea, or paint a vision is a critical skill for anyone who wants to have an impact on the world. And even in the age of emojis, animated GIFs, and Snapchat filters, public speaking is still the most effective way to move, persuade, and inspire.

It’s why people pay a premium to attend conferences and see experts and leaders speak live, and why Americans took 460 million business trips in 2017 to communicate in person.

My journey as a speaker

As a child, no one would have said that I was destined to become a public speaker.

I didn’t do theater, debate, or mock trial. In one class activity, we took turns “reporting the news” in front of a video camera — every time I started talking, I would just burst into hysterical laughter. Eventually I’d regain my composure and try again, but the cycle would repeat itself.

Even as an adult, I used like as a filler word so often that the CEO of a company I interned for called me out for sounding like an airhead.

But for some reason, I was drawn to public speaking. And so I studied and I learned.

Nancy Duarte’s work taught me how to build better presentations. Seth Godin’s blog showed me what remarkable ideas look like. Gymnastics taught me how to deliver under pressure. Toastmasters helped me eliminate verbal tics and think on my feet.

I made huge progress. I ended up delivered the graduation speech at my high school (I was not valedictorian — it was selected in a blind review process). I have given dozens of internal presentations and have been flown out to speak to companies and conferences across the United States, Europe, and Asia. I gave the pitch for my first startup, Ridejoy, in front of hundreds of investors at Y Combinator’s Demo Day, and went on to raise $1.3 million in seed funding.

That is to say, by mid-2017, I felt like I was already a pretty strong speaker. But there’s always room for improvement.

When I was accepted into the TED Residency in the summer of 2017, I knew that I was about to go to the next level as a speaker.

If you’re not familiar, the TED Residency is a semi-annual incubator that brings artists, entrepreneurs, social activists, and researchers together to launch projects and share their big ideas with the world. Some of the talks from former residents have appeared on TED.com, including the story of a 66 year-old startup founder and a woman who’s changing how society thinks about disability.

We all know the high bar that TED puts on its speakers — I had seen my fiancée, Amanda Phingbodhipakkiya, grow tremendously as a speaker during an earlier TED Residency cohort. She went from almost no speaking experience to speaking at Microsoft’s Outside In series, RISD, and Brown University, and delivering a main stage talk at TEDWomen 2017 in New Orleans.

I went through my own three-month journey to prepare and rehearse a talk about the future of hiring. Between my own talk preparation for my TED Residency, Amanda’s preparation for TEDWomen, and a close reading Chris Anderson’s book TED Talks, I have gained a new appreciation for the art of public speaking.

Here are some of my key takeaways and how you can implement them yourself. 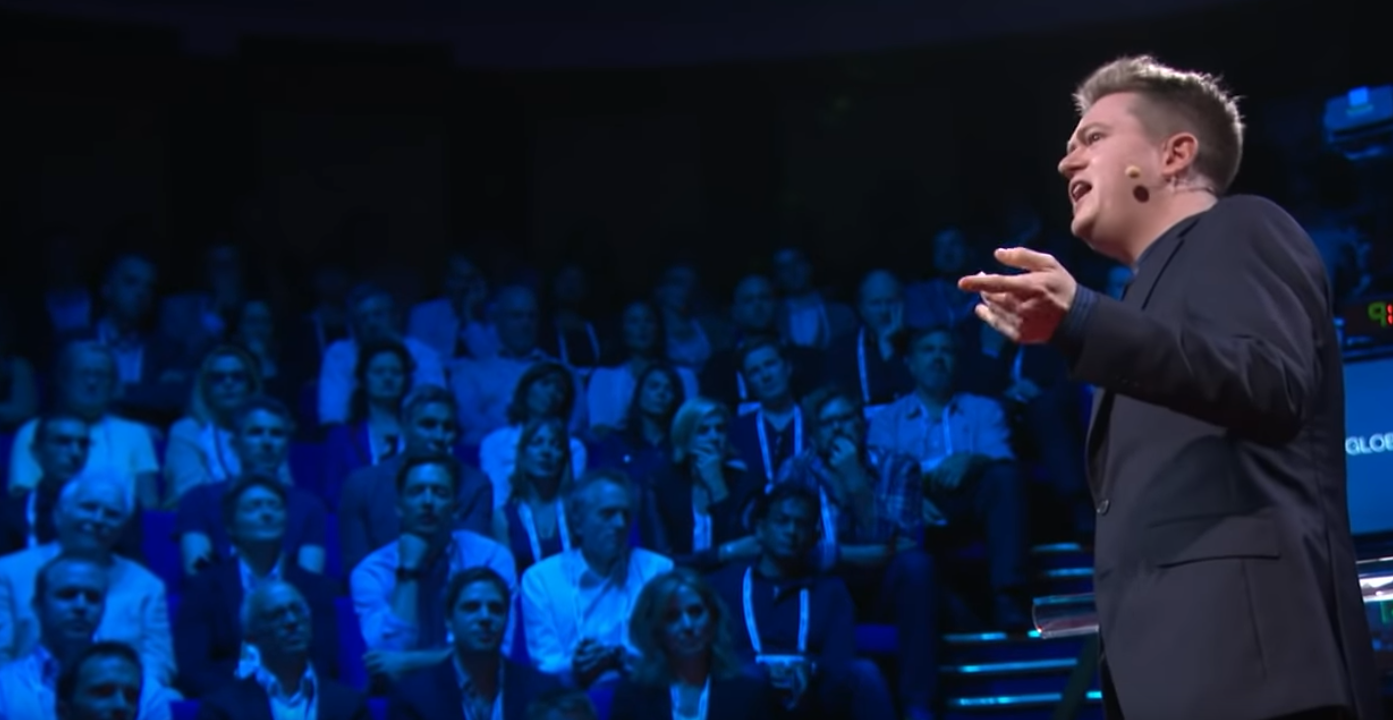 All the TED Residency talks were capped at six minutes. While that might sound like a ludicrously short amount of time, it’s actually a great forcing function and gives you ample opportunity to explore an idea.

Assuming you speak around 150 words per minutes, that’s 900 words, or the length of a short blog post or opinion piece. You can say quite a bit at that word count, if you do it right. This recent NYTimes op-ed on criminal justice reform, for instance, is only 850 words.

My talk started around 1,000 words, went upwards of 1,200, and eventually was trimmed down to just 896 words, taking around 6 minutes and 15 seconds to complete.

Traditional TED talks might go upwards of 18 minutes, but in recent years, even those “long” talks have been pushed down to 15 or 12 minutes.

Why? Because attention is a scarce resource. And just as a magnifying glass focuses to the sun’s rays to produce intense heat, a short talk, if properly delivered and received, can have tremendous impact.

You have to start by making every word, every sentence, every story, count.

So, try the 6-minute limit.

The best talks grab you from the first moment and never lets you go. Research done by Vanessa Van Edwards and her team at Science of People found that the top TED talks receive similar ratings on intelligence, charisma, and credibility when someone watches the whole talk, or just the first seven seconds.

We found that the ratings overall — who people liked overall and who they didn’t like — matched, whether they’d watched the first seven seconds or the full talk. We think that the brain actually decides as soon as that person takes the stage and begins speaking, “You know what? I’m gonna like this talk.”

Here are some examples:

If you’re committed to making every word count, you can’t waste any time with a rambling introduction. Surprising personal anecdotes, new research with intriguing implications, provocative questions that demand answers, bold claims backed by evidence: these are all great ways to start a talk, provided they help us get into the main idea, the through-line.

TED’s motto is “ideas worth sharing”. Their talks center around a core idea or message. If there was one word that I heard over and over again at TED, it was “through-line”. Here’s how TED’s Speaker’s Handbook elaborates on this:

Every talk should have a through-line, a connecting theme that ties together each narrative element. Think of the through-line as a strong cord onto which you will attach all the elements that are part of the idea you’re building. A good exercise is to try to encapsulate your through-line in no more than 15 words. What is the precise idea you want to build inside your listeners? What is their takeaway?

It’s sort of like the thesis statement of an essay (something I totally didn’t get in high school) or the answer you’d give if a friend asked you “so what’s the big takeaway of that talk?”

This through-line is something you come back to again and again. It can take time to nail down and I went through several versions of mine before I felt like I had it exactly right.

The TEDWomen curators also took several passes at Amanda’s talk and many of the suggested cuts or changes were to make sure the talk’s through-line was clear and well-supported, with no extraneous material.

Tel Aviv University researchers examined the brain’s reactions in conditions of uncertainty and stressful conflict in an environment of risks and opportunities. The researchers identified the areas of the brain responsible for the delicate balance between desiring gain and avoiding loss along the way. The study was led by TAU researchers Prof. Talma Hendler, Prof. […]

Nearly 300 researchers have called for urgent government action to prevent a major setback to the search for new dementia treatments as a result of COVID-19. In an open letter to Science Minister Amanda Solloway, the researchers warn that lost funding opportunities brought on by the pandemic could lead to a lost generation of researchers, […]